The installation Omuhanga [die Kette] is based on Adelheid Mbwaondjou’s performance, recorded by the linguist Ernst Dammann in Omaruru, Namibia, in 1954 and my work on performance poetry in Otjiherero. The singer Adelheid Mbwaondjou presents the violent history of the colonial war in a specific genre of performed poetry. In her song, the metaphor of a broken necklace communicates the shattering of a closed-knit community, the loss of social coherence and violent destruction of the cultural fabric of the community of Otjiherero speakers. The installation puts this song in dialogue with a necklace made of ostrich beads from Namibia, held by the Linden Museum. According to the acquisition register of the Linden Museum the necklace was taken by a German military from an Omuherero woman who had died on the battlefield of Otjihinamaparero in February 1904. Like so many other so-called ethnographic objects this necklace entered the depot of the Linden Museum as spoils of war. Omuhanga [die Kette] offers a textual interpretation together with the acoustic documentation of oral poetry as an alternative form of speaking of the colonial war and its aftermath in a German museum. 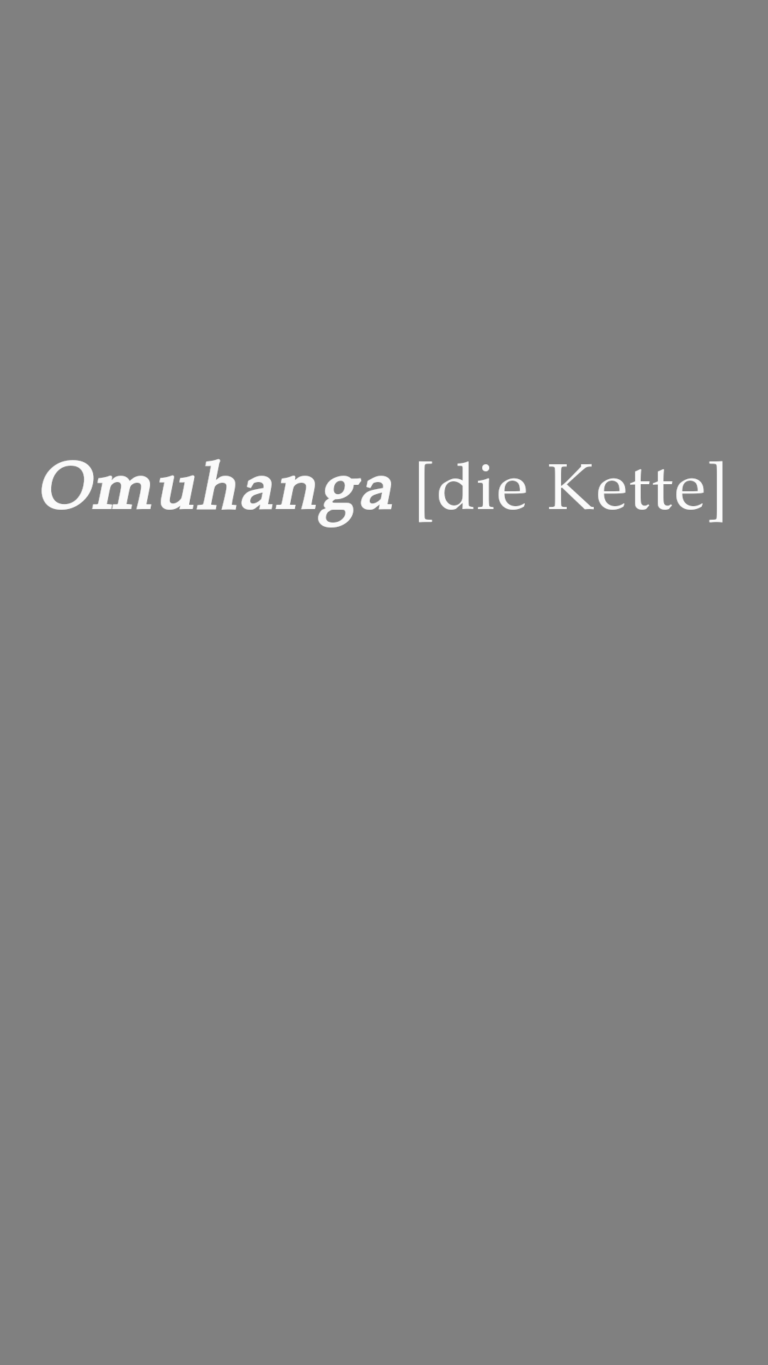 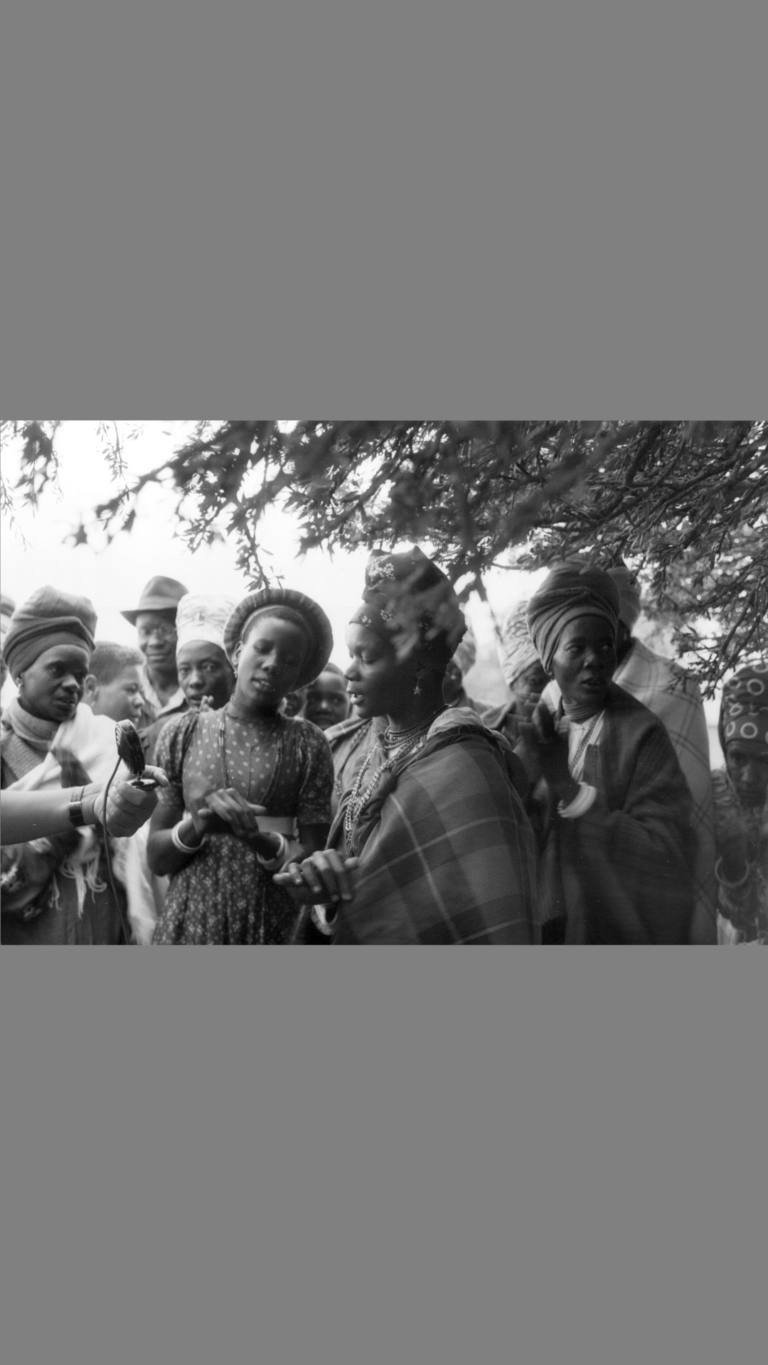 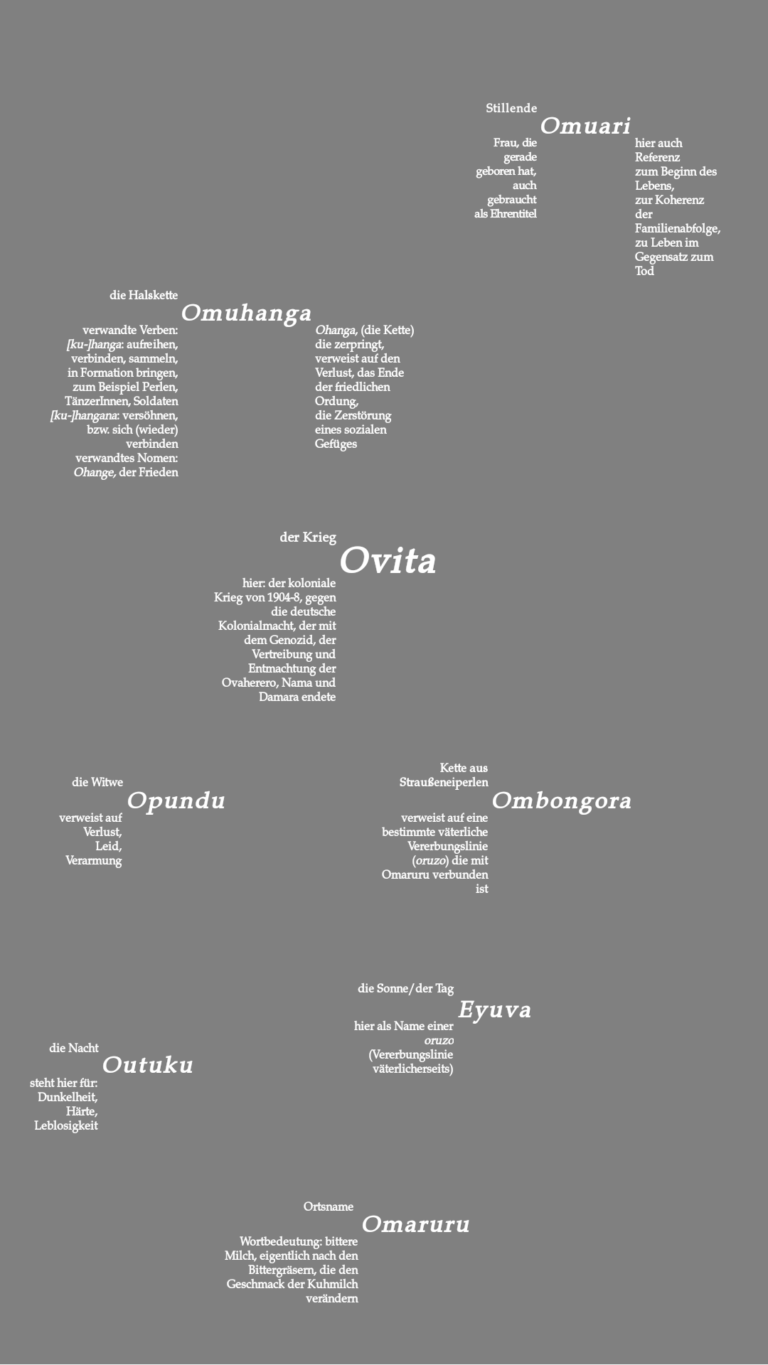 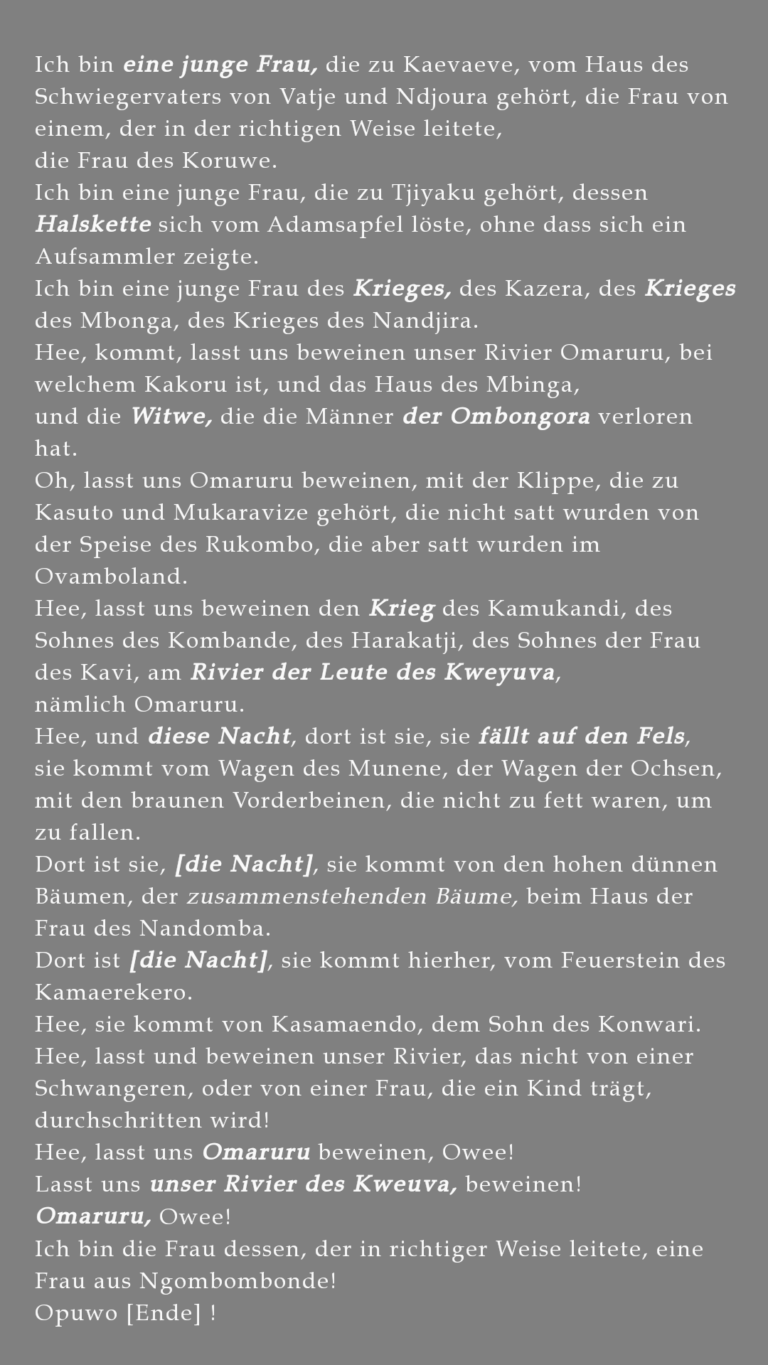