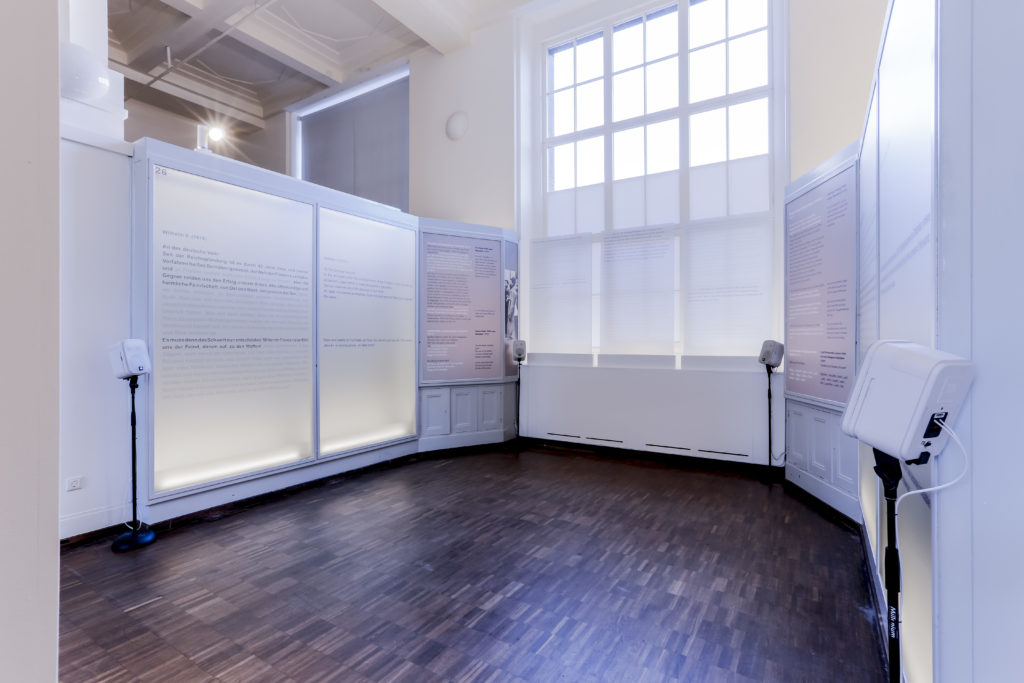 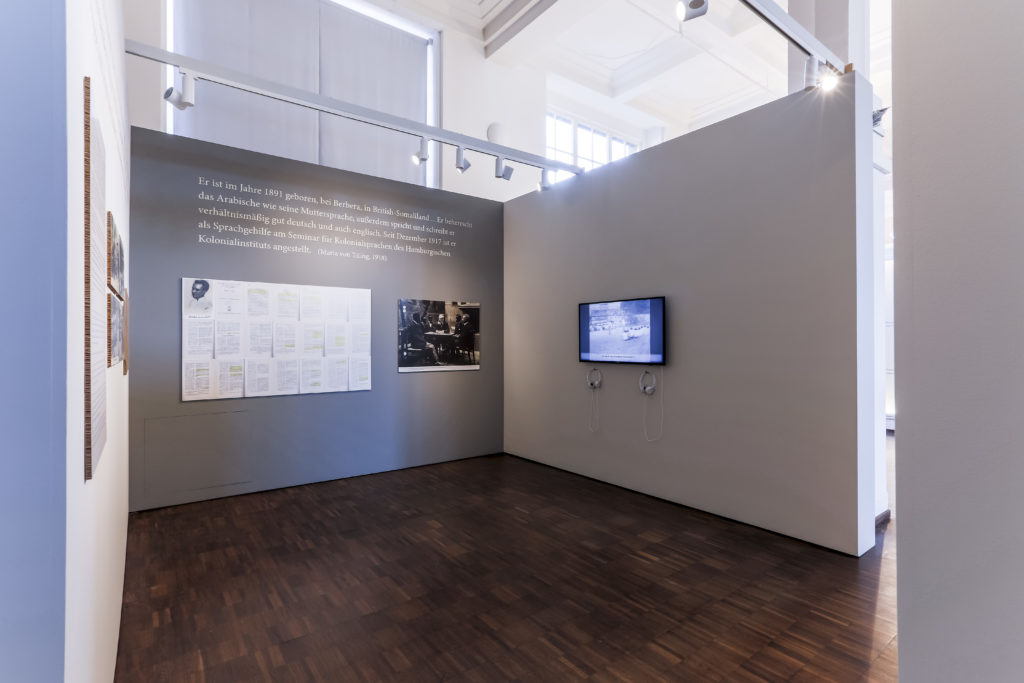 The first part of the exhibition War and Grammar, which is shown at MARKK Museum in Hamburg engages with the archival traces of Mohamed Nur and the larger project of linguistic recording in German POW and civilian camps of World War I. The exhibition is based on my research on the collection of historical recordings with African prisoners at the Lautarchiv in Berlin.

The first room sets the stage with a sound installation that presents the collection acoustically: different voice recordings speak of the war, of Orientalism and of the Royal Prussian Phonographic Commission’s project of recording languages in German camps. The sound installation allows voice recordings of prisoners to intervene in the grand narratives of history and knowledge production: they drum to the German Kaisers declaration of war and tell of conscription campaigns in Senegal. The voice recordings are either played in the original or spoken by Fatou Cisse Kane and Johannes Ossey, who translated recordings spoken or sung in Wolof and Ewe.

In the other two rooms audio-visual traces of Mohamed Nur are presented, his narratives in a Somali Grammar are shown, together with the many different images that were made of him in Germany between 1910 and 1922. Additionally, Shire Rooble who, like Mohamed Nur, travelled to Germany with an ensemble of a Völkerschau tells why he came to Berlin on a recording of 1910. All Somali recordings were translated by Bodhari Warsame. 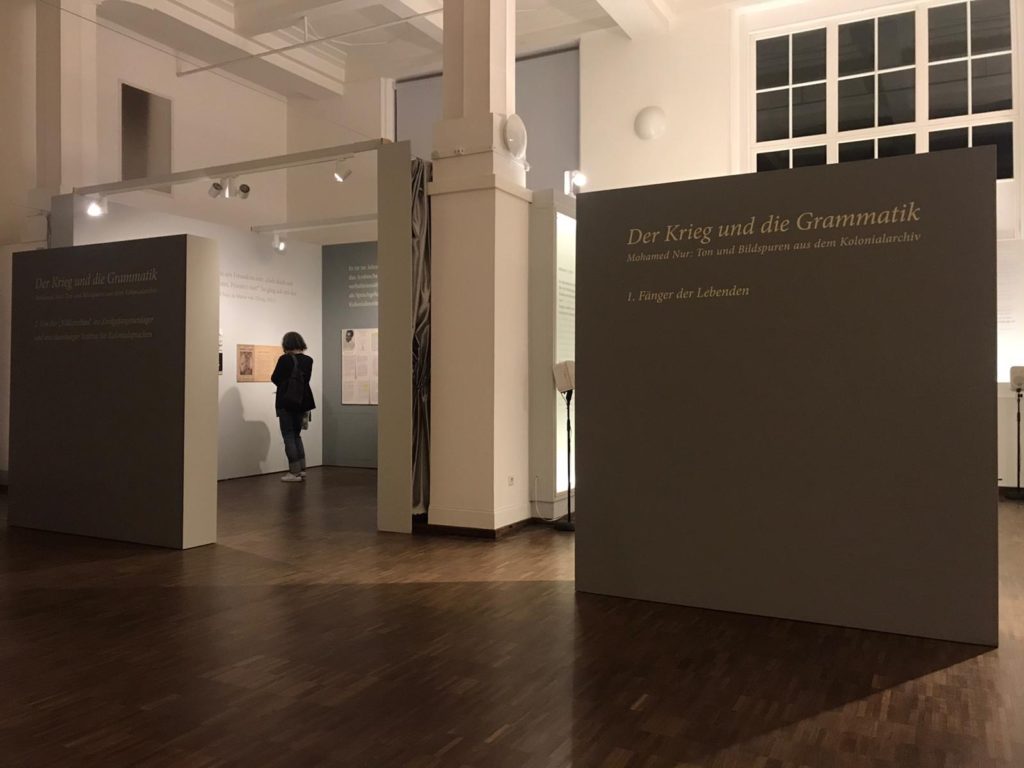 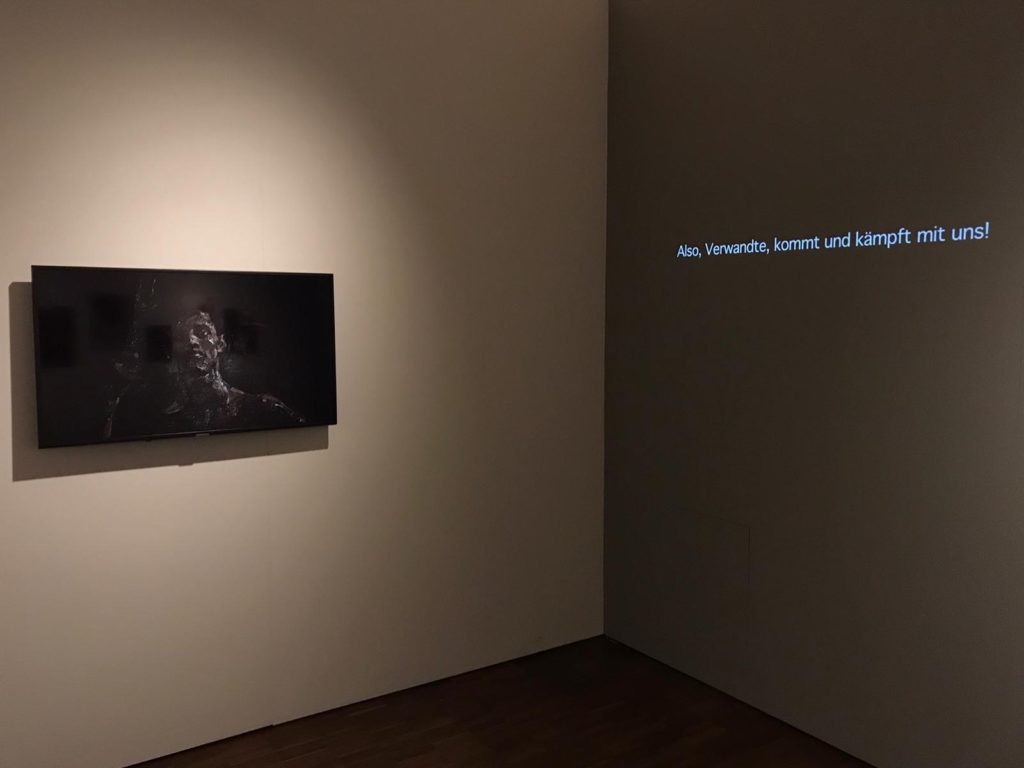